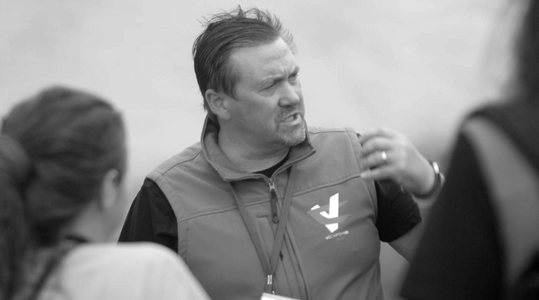 Barry John MBE is a Welsh soldier and artist. He served in the British armed forces for over 20 years. In the 2010 New Years Honours List, Barry John was awarded an MBE. Through his work, he expresses the stories, memories, demons, harsh and sometimes brutal truths, beauty, colours, and resilience of a conflicted world.

Barry John was born in Neyland, Pembrokeshire, and was a pupil at Sir Thomas Picton School, Haverfordwest before joining the Army at the age of 16. His first posting was to Hong Kong, and further postings to Korea, Malaysia, Jamaica, USA, Northern Ireland, and Kosovo followed.

After 24 years of service in the Army, Barry set up The VC Gallery. With his artistic background and his involvement in mental health work, he realised the need in the community for his expertise and experiences. Now, the VC Gallery is working with veterans, older people, children, and anyone who feels they need a time out to express themselves through art.

Take a look before you visit!

We know people can be nervous going in to new surroundings, so why not pay a visit virtually first?